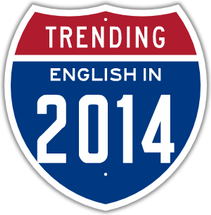 As society develops ways of communicating that were unknown just one generation ago, what is the effect on British, American Australian and other major varieties of English?

With the aid of actual, topical examples, facts and figures and several hundred photos and illustrations, the course will attempt to answer this question as well as the following.

Get the skinny and the 411 on the English for the new millennium.